I recently had a conversation where I bemoaned the inevitability of filler episodes in popular anime. After a while, it was clear that not everyone in the conversation knew what filler was and why they were often a necessary part of any long-running anime series. More importantly, most people didn’t realize there are easy ways to avoid watching filler for the most popular shows…

To understand filler, it’s important to have a little background in how manga and anime are created – for this, by the way, I totally recommend reading/watching Bakuman.

Basically, most anime are not original stories. They are usually based off of manga, light novels, or visual novels. When a story has been deemed popular enough to turn into a show, an anime series is created. 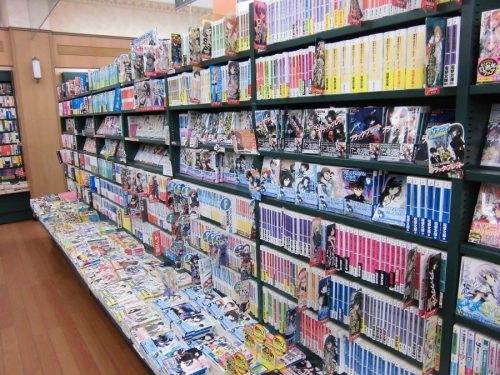 The stories that anime are based on

With the exception of some visual novels that are meant to be stand-alone video games, the original stories are often released in chunks. Both manga and light novels are usually serialized in weekly or monthly publications, and waiting for the next chapter can feel excruciatingly long, as many manga readers probably already know.

When a story is first picked up to be turned into an anime, you can bet that the story is still being serialized. In other words, it’s not done yet.

Each anime episode usually covers several chapters of a manga or light novel, so for popular series that get made season after season, the show will quickly catch up to the latest chapter of the series.

Uh-oh, here’s a problem. Anime watchers are still demanding more episodes and more seasons of content, but there’s no more story to base the show on. What happens?

The creators of the show can try to predict what will happen and spin the rest of the main story on their own, but that approach is often hit-or-miss – and most of the time it’s a miss. One of the better examples of this happening is the original Fullmetal Alchemist anime, and it’s notable that they still ended up remaking it with the real ending after the manga was finally done.

Or maybe the show can just take a long hiatus until there’s more content to make another season. But of course, that’s not great either, especially since it might be hard to remember the old series and justify bringing it back years later, which brings us to…

Filler episodes to the rescue

Fillers are the other, more practical solution. Basically, the show’s creators can choose to create some fluffy side content that will distract viewers long enough for the manga or light novel creator to write more content.

The main goal of these guidelines is to avoid creating content that would contradict or interfere with the story that the manga or light novel creator has yet to write.

Sometimes, filler episodes are interspersed with story episodes. Naruto’s fillers, for instance, often had the main characters tackling smaller side missions in between the main story arcs.

Other times, the creators might just choose to create an entire filler story arc comprising of dozens of episodes. A good example of this is the Bount arc in Bleach, which lasted for almost two whole seasons. 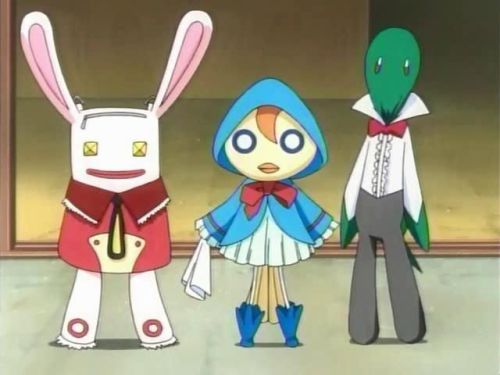 These guys just kind of disappear after the Bount arc…

For these particular filler arcs in Bleach, new characters had to be introduced, but the villains are gone for good at the end, while the new allies are more or less reduced to a trivial role for the rest of the series.

Should I watch filler?

You can watch filler if you want to, but the important thing is that you don’t have to. You can feel free to skip filler episodes without having to worry that you will miss a critical part of the story that will be relevant later on.

And for most series, you probably should skip these episodes. The restrictions filler content usually follow – specifically that they cannot make a significant impact on the main story – mean that the stories told within them are usually worse than the rest of the show. The protagonists generally do not undergo significant character development, and no one gains interesting new powers or abilities (unless they permanently lose those abilities at the end of the filler episode or arc). 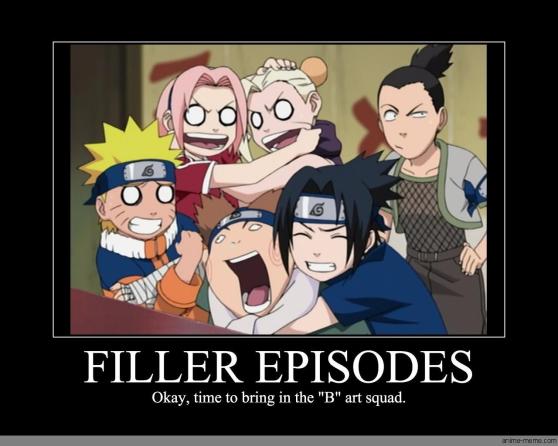 If you’re a serious fan of the show or don’t mind side content, though, filler episodes can sometimes be enjoyable. For example, I’m a fan of the mystery-of-the-week format for Detective Conan, so I will sometimes watch a couple filler episodes if I’m in the mood for a quick, self-contained mystery.

How can I avoid filler?

If you decide to skip filler episodes, it’s now easier than ever before to do so. Anime Filler List is a website where the community comes together to create lists of filler episodes for popular anime series.

An example of an Anime Filler List show listing

Avoiding filler episodes take some effort since you need to be aware of which episodes to skip while watching / binging shows, but it can definitely also be worth it, especially for filler-heavy shows. Fairy Tail, for instance, has a filler percentage of 24%. That means you can skip watching about a quarter of the episodes and still get pretty much the full Fairy Tail experience.

I’m interested to know, though: For anyone reading, what are your thoughts on filler? Do you watch them or skip them? Do you like them or hate them?

One thought on “What is anime filler? And can you avoid watching it?”